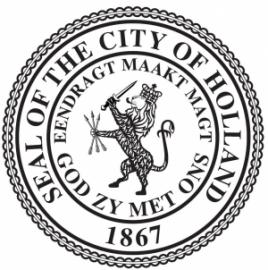 City Ordinance provides that at each regular City election, which is held on the Tuesday following the first Monday in November of each odd-numbered year, the city at large shall elect a Mayor and one Council-Member-at-Large. In addition, one Council member from each of three of the six wards of the city is elected by his/her ward.

The Council members to be elected from the wards of the city at any election are nominated by the electors of their respective wards at the primary election preceding the regular election. The Mayor and Council-Member-at-Large are nominated at large by all the electors of the City. If, upon the expiration of the time for filing nomination petitions for any elective city office, it appears that petitions have been filed for no more than twice the number of candidates for such office, then no primary election is held.

In all primary elections, any candidate for an office who receives a majority of all votes cast for candidates for that office shall be elected. In cases where no primary election is held, persons named in petitions will be placed upon the ballot for the next subsequent regular city election.

The City primary is scheduled on the Tuesday following the first Monday in August prior to the regular city election. The term of office for Mayor is two years and that of Council members is four years.